Interpretable AI For Better Operationalization: A Case For Constrained Regression 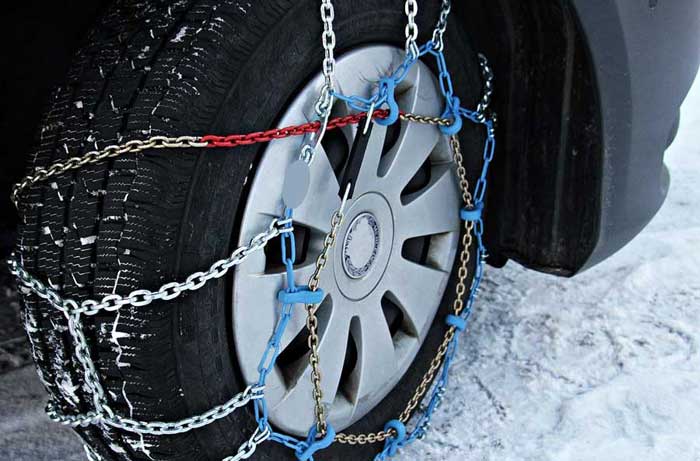 Interpretable AI for better Operationalization: A case for Constrained Regression

Let’s face it – no model is perfect. Every model approximates the underlying data in its bid to achieve generalization. And no real-world data is without imperfections. Sometimes, subtle data imperfections can lead to results that look decently accurate overall but make no business sense after deployment at the time of consumption and acting upon it.

In this article, we will take up a very common and simple business scenario involving MLR (Multiple Linear Regression), point out its limitations in capturing the complexity of the underlying business dynamics, and finally discuss how a special technique called Constrained Regression can allow us to include prior business knowledge and complex business constraints into the model, enabling more interpretable and operationalizable solution.

How to solve Constrained Regression problem?

In operations research, Dantzig’s simplex method is a popular algorithm for several types of optimizations subject to constraints. However, it operates on linear programs and typically finds the optimal solution(s) in one of the vertices of the polytope it defines as the feasible region. Constrained Regression on the other hand deals with non-linear least squares problem and is not necessarily guaranteed to find solution at the boundaries of feasible regions. Hence Simplex and its variants are not suitable for this purpose.

Why not Gradient Descent?

Gauss–Newton (GN) algorithm is considered as the reference method for nonlinear least squares problems. The basic GN method has quadratic convergence close to the solution if certain assumptions on the residuals are valid (linear approximation and sufficient proximity to zero). To meet these conditions, two major versions of the GN algorithm came into existence: Line Search and Trust Region.

Gradient descent is a line search method. We determine the descending direction first and then we take a step in that direction. In gradient descent, step size = gradient * learning rate.

TRF on the other hand is a trust region method. We determine the maximum step size that we want to explore and then we locate the optimal point within that trust region. The trust region can be expanded or shrunk in runtime to adjust to the curvature of the surface.

TRF algorithm works by first defining a region called the Trust Region (TR). The size of the TR is usually defined by the radius in Euclidean norm. It is an iterative method, and convergence happens if the region is convex.

If the improvement is too subtle or negative, the model is not to be believed as a good representation of the original objective function within that region, and therefore the region is contracted. The fit is evaluated by comparing the ratio of expected improvement from the model approximation with the actual improvement observed in the objective function. Simple thresholding of the ratio is used as the criterion for expansion and contraction.

Application in a business scenario

Let us take for an example the automation of operational expenditure forecasting. For a large organization, a major chunk of the efforts in such a business problem will involve forecasting of the wage costs many months in advance for several hundreds of cost centres involving many different functions across the globe. Wage rates are sensitive information, and hence might not be available. What we might have instead could be the historical total wage costs for any given cost centre, and the aggregated headcounts (historical and planned) across several wage groups in that cost centre. The linear relationship existing in the data can be leveraged to implement an MLR-based Wage Model to predict the approximate average salary spends per wage group.

However, the natural data imperfections may lead to situations where the wage rates predicted by the MLR model may not adhere to business criteria governing the wage rates among different wage groups. This would result in lack of interpretability and trust on the model.

Let us consider a few common business constraints a typical wage model must adhere to:

• Pre-defined order among the wages across different workgroups based on seniority.
• Minimum pre-defined gaps in between the average wage slabs across these groups.
• Upper and lower (greater than zero) bounds for each wage group.

Examples of more business scenarios where Constrained Regression might help

The example of Wage Model described in this article is not the only business scenario where Constrained Regression would help. Consider for example that you know that Covid impacted the travelling expenses in your business over the last 2 years negatively, but you expect things to bounce back soon – and yet your AI model is not able to capture such relationships due to data insufficiency. Or, you know that the effectiveness of one of your promotional channels is at least 1.5X more compared to another, and yet your AI model is failing to capture this intuition in the results. Constrained Regression can help in each of these cases immensely.

For any AI model, accuracy is just one of the metrics that businesses rely upon. It is not the only metric. Lack of interpretability and trustworthiness of AI models can significantly impact the adoption rate of AI models. This is where Constrained Regression can help.

Despite its simplicity, linear regression plays an important role in modelling and interpreting data relationships in many business scenarios of today. Yet there is a general lack of availability of off-the-shelf tools to incorporate various commonly occurring business constraints while applying these models. The practitioners of data science can add Constrained Regression to their arsenal of tools for including prior business knowledge in their regression models and make their AI solutions more business aware.

We use cookies on our website to give you the most relevant experience by remembering your preferences and repeat visits. By clicking “Accept All”, you consent to the use of ALL the cookies. However, you may visit "Cookie Settings" to provide a controlled consent.
Cookie SettingsAccept All
Manage consent

This website uses cookies to improve your experience while you navigate through the website. Out of these, the cookies that are categorized as necessary are stored on your browser as they are essential for the working of basic functionalities of the website. We also use third-party cookies that help us analyze and understand how you use this website. These cookies will be stored in your browser only with your consent. You also have the option to opt-out of these cookies. But opting out of some of these cookies may affect your browsing experience.
Necessary Always Enabled
Necessary cookies are absolutely essential for the website to function properly. These cookies ensure basic functionalities and security features of the website, anonymously.
Functional
Functional cookies help to perform certain functionalities like sharing the content of the website on social media platforms, collect feedbacks, and other third-party features.
Performance
Performance cookies are used to understand and analyze the key performance indexes of the website which helps in delivering a better user experience for the visitors.
Analytics
Analytical cookies are used to understand how visitors interact with the website. These cookies help provide information on metrics the number of visitors, bounce rate, traffic source, etc.
Advertisement
Advertisement cookies are used to provide visitors with relevant ads and marketing campaigns. These cookies track visitors across websites and collect information to provide customized ads.
Others
Other uncategorized cookies are those that are being analyzed and have not been classified into a category as yet.
SAVE & ACCEPT